In 2009, physicians were asked to notify their patients to avoid all GM foods by the Academy of Environmental Medicine. They concluded that "several animal studies indicate serious health risks associated with genetically modified foods" including infertility, immune problems, accelerated aging, faulty insulin regulation, and changes in major organs of the gastrointestinal system.

Why Isn't the FDA Protecting Us?

The Food and Drug Administration in 1996 claimed that GMOs were basically the same as conventionally grown crops...claiming that they were safe to eat and no safety studies were required. A lawsuit revealed that the FDA's position was promoted by political appointees favorable to the GM proponents.

Prior to this position, FDA scientists warned that genetically modified foods can create unpredictable, hard to detect side effects that include allergies, toxins, new diseases and nutritional problems.  They urged long term safety studies.  They were ignored. 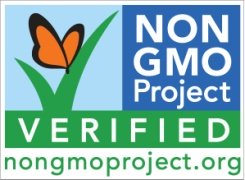 NON-GMO is the label to look for when shopping for groceries.

GM Foods on the Market

The five major food crops: corn, soy, canola, cotton and sugar beets have foreign genes inserted into them.  This allows the plant to survive what would normally be a deadly dose of weed killer. Farmers that use GM crops apply larger amounts of herbicides that leave an abundant herbicide residue.  About 68% of GM foods are in this category.

The other important GM trait is found in GM corn and cotton.  Soil bacterium is inserted into their DNA.  The plant now can secrete insect-killing toxin into every cell.  Approximately 19% of GM crops produce their own pesticide.  Another 13% produce both pesticides and are herbicide tolerant.

The Hawaiian papaya and relatively small amounts of yellow crookneck squash and zucchini that have been modified to resist a plant virus can be found in the marketplace.

Growing Evidence of Harm From GMOs

There are numerous accounts of problems caused by GM products.  The following is a list of a few:

GM Genes Remain Inside You

There are no human clinical trials for GM foods. The only published data on human feeding revealed that material inserted into GMO soy transfers into bacteria living inside our intestines and continues to function.

Long after we cease to eat GM products, we may still have GM proteins producing continuously inside us.  This could cause disease resistance to antibiotics.  In the case of GMO corn, it could make your intestinal bacteria into pesticide factories.
These issues and many more will be challenged by the proponents of GMOs and the detractors of gene modification.

At this stage of the game, I choose to seek out non GMO foods.  The question in my mind is this...when will we know for sure that genetically modified food products are guaranteed safe by governmental regulators and the food industry for human consumption in the long term?  I don't see this happening until the general public has been given the true facts of the food that they are now consuming.

When the tipping point of consumer concern about GM products was reached in Europe in 1999, within one week virtually all major food manufacturers committed to remove GM ingredients.

The battles that are happening now in the USA to make the public aware will hopefully produce the same result as in Europe.  We will not hear the news from government or GM corporations.