Facts About GMO Food: Not Good For Your Health!

The purpose of GMO food is to not be affected by direct application of herbicides and pesticides.

The genetically modified genes also produce an insecticide with the newly modified DNA that has altered the genetic makeup of the natural seed. Most of the GMO seeds in the market place today do not offer any increases in crop yield, drought tolerance, enhanced nutrition, or any added benefits to the consumer.

The Risk of Altering DNA

Would you consider altering your DNA?  Maybe some individuals would go for it if the proposed changes would enhance their lifestyle.  If you were not absolutely sure of the outcome, would you still be willing to take the risk?

This is the basic dilemma with genetically modifying the food that we eat.  Can we rely on the governments and the mega producers of the gene altering concepts to insure us that "all is well"? 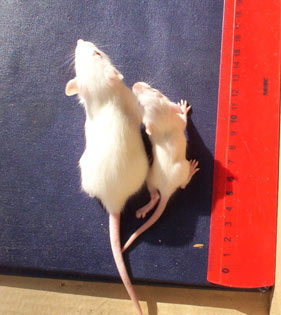 and had higher mortality

In the USA, our government has approved GMOs based on studies furnished by corporations that produce and sell the modified patented seeds.  Doesn't this approach sound familiar to another industry we know of...namely pharmaceutical drugs.

Eighty per cent (80%) of conventional processed foods in the US contain GMO ingredients.

There is no proper labeling of genetically modified foods!

There are 61 countries around the world that do not consider GMO food to be safe. In Japan, Australia, New Zealand and countries in the European Union, there are outright bans or restrictions on the farming and sale of GM products.

Today's consumer should be made aware of the foods on the market that have altered DNA.  The powerful biotech lobby sees to it that the information will not be furnished to the suspecting public.  The polls taken by organizations to measure the public interest in identifying GM foods have consistently shown a desire to proceed with a GMO label.

In 2008 a CBS/New York Times poll found that 87% of consumers favored GMO labeling.

Eighty per cent of all GM products grown worldwide are engineered for herbicide tolerance.  Toxic herbicide use, like Monsanto's ROUNDUP, has increased 15 times since GMO foods were introduced.

GMO farmed crops are responsible for "super weeds" and "super bugs" that can only be managed with ever increasing toxic formulas. The long term results of the GMO experiment are unknown!

When these modified products are released into the environment they cannot be recalled.  Contamination of the non GMO planting is already a problem.

Since the companies that develop GMOs have patent rights for their use, what will be the long term political and ethical issues facing farmers and consumers?

There is growing public concern that we already see expressed by non-government organizations that label and define non GMO products.

If government will not require GMO labeling, the organizations that label non GMO foods will have to fill in the gaps and inform the public of the benefits of natural, unmodified foods.