What are they doing to our food?

In 1994, a Genetically Modified Organism (GMO) was introduced into the consumer market in the USA with "Flavr Savr" tomato developed by Calgene. Before this date, techniques that humans used to modify food organisms were natural methods of selective breeding such as plant breeding, animal breeding and somaclonal variation. A Genetically Modified Organism is a food that has had its DNA genetically engineered to produce specific changes in its characteristics.

What can be wrong with Genetically Engineered DNA in food?

Companies that developed GMOs and are successful in getting them approved for human consumption have a patent right for their use. There have been legal issues confronting farmers that have kept seeds purchased from these companies for future crops.  If the farmers keep their seeds to plant again, they infringe on the patent rights of the companies that own the right to produce the GMO seeds. 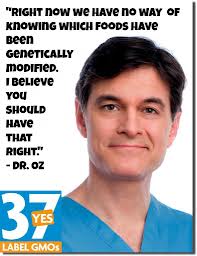 The protective plant patents seem to have the same "odor" as the patents of the big pharmaceutical corporations...that only man made chemical concoctions can be used for treating diseases.  I can't fault protecting one's turf.  However, the problem with patented food stuff may have less than desirable "unintended consequences".

The official position of the medical-industrial complex is that "only pharmaceuticals can cure disease" mainly because all other "natural" remedies such as food cannot be patented for medical purposes.  This means that to cure a disease, we must use only patented pharmaceutical remedies.

Is food with genetically modified organisms our future?

It is becoming clear as we see the same philosophy developing in the GMO progression with the ability to patent our food for consumption.  In the future, it is very possible the only food crops that can be grown will be those genetically modified foods protected by the patents owned by big companies.

Do you know that you consume GM foods without your knowledge?

Can anyone tell us what will be the long term health effect of this experiment in altering the DNA of the food that we consume?  Will it alter our DNA? 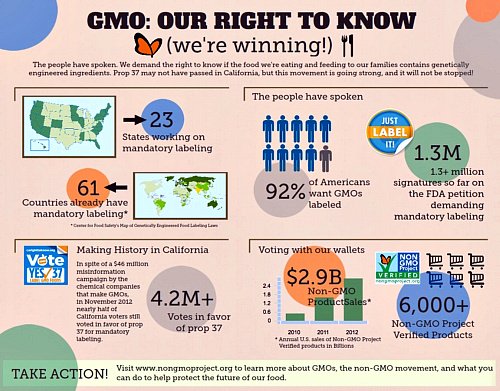 The following are some of the major foods you consume that are the product of a genetically modified organism and are found in most processed foods and oils on your grocer's shelves.

Approximately 95% of the soybeans grown in the USA are genetically modified (GM).  About 85% of the world's soybean crop is processed into soybean meal and vegetable oil.

The bulk of the genetically modified soybeans are processed for oil production with the remaining soybean meal being used for livestock and dog food.  A small percentage is used for human consumption.

Most of the corn goes into animal feed and alcohol distilling.  Ethanol consumes about 27% of the production.  Less than 10% of the crop is used for human consumption.  Corn oils are sold for cooking oil and margarine production.

Most vegetable oil in the US and Canada is produced from GM crops.  They include canola oil (rapeseed), corn, cottonseed, and soybean oil.

.Half of the domestic sugar production is from sugar beets.  In 2005, GM sugar beets were approved that have been modified to be herbicide tolerant and are used in many other countries that produce sugar.

As we can see, the stage has been set for the future food supply that will be modified by man to suit his own purposes.  Do we know if this will produce a healthy and robust citizenry, or can more traditional production methods still do the job?

The jury has not even heard the case yet.  For your benefit we will review some of the major issues on both sides of the question of the genetically modified organism.